Warm weather and the spirit of outdoor activities helped the Bucks 5K Series thrive last spring despite the pandemic, and there’s no reason runners shouldn’t feel optimistic about a return to that scenario in 2022.

Although some safety measures still will be in place when the six-race slate begins on March 26, there are signs of things edging even closer to as normal as they were back in 2019.

As we mentioned in last year’s series roundup, some 400 runners showed up for the Break-Fast 5K/10K finale and there were smiles all around.

There were two virtual events on the schedule last year, but this year all the races are live and, taking a cue from the success of last year’s Bookin’ for Lookin’ finishing on the Council Rock North track in Newtown, this year’s Bucks YMCA 5K will be completed on the Central Bucks West track in Doylestown.

Longtime race director Dick Patterson sounds excited about the possible turnout and expects a total of about 1,800 runners, close to the pre-pandemic combined fields of approximately 2,000.

“We’re like any other races, intending to be normal this year," Patterson said in a telephone conversation. “The CDC might make some changes but right now we plan on being normal, like normal starts and starts being like they were, such as awards based on gun time, not chip time."

Like the Bucks County Roadrunners Club’s Winter Series, the Bucks 5K Series is being diligent about safety measures.

“We have to be careful about what we do after the race in terms of refreshments," Patterson said. “But right now we’re planning on making this a normal season."

After last year’s successful season-ender, there was an upbeat feeling in the air.

Here is this year’s race schedule:

The competition was tight last year.

In the overall standings for the Series, Katie Kinkead and Stephanie Savastano tied for the women’s open title, followed by Kira Logiovine in third.

The masters champion was Ann Krisher, with second to Gert Freas and third to Amy Bignault.

On the men’s side, Steve Gourley won the open crown, with Matthew Brown second and Joe Holton third.

Since its inception in 1995, the total money raised by the Bucks 5K Series for local nonprofits is approaching $2 million.

Patterson reports nearly all the race sponsors have stayed on board during this challenging two-year period. That includes title sponsor Advanced Spine and Sports Chiropractic, along with Fred Beans Auto, Marvic Supply, Marshall Financial and Bucks County Orthopedic Specialists. 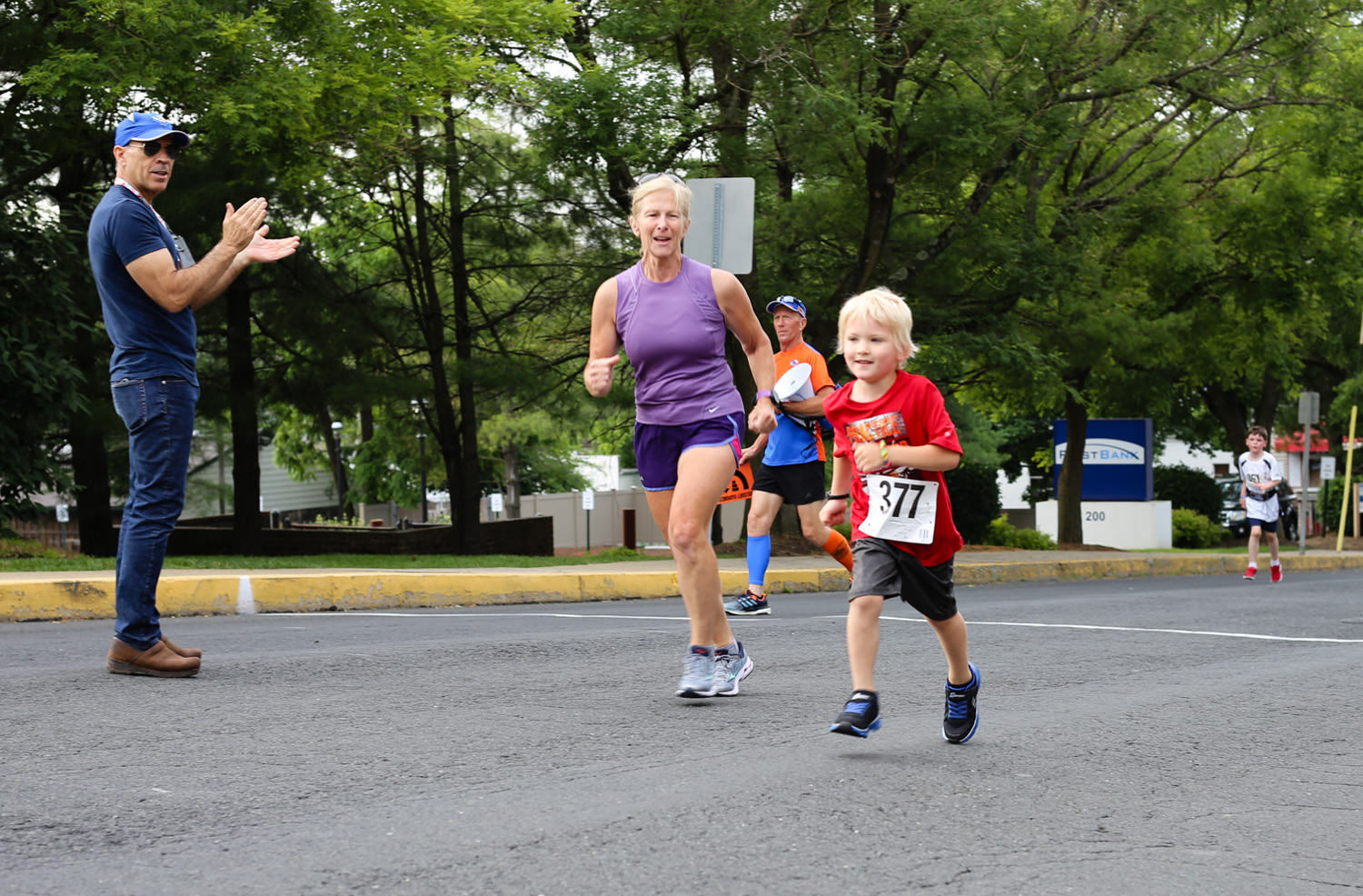 “There’s no hesitation now," Patterson said last June. “Our finances are really strong. Many of our runners who signed up in 2020 donated their money or deferred their money to 2021. They were very generous."

The Bucks 5K Series wants to acknowledge the contributions of Kris Boger, who handles all the website content plus photography. Freas oversees all communications.

“The enthusiasm, the way the runners have responded, it’s inspiring," Patterson said. “It makes you realize how great running people are. When you talk about a community of runners, it truly is a community."

“We’re looking forward, not backwards" Patterson said. “For instance, after a year of going home right after a race, the Doylestown race on Memorial Day weekend will once again have post-race festivities on State Street. We’re really hoping to make that a glorious weekend."